Cork Lady shines brightest at the Growvite Texel All Ireland held on Saturday 8th June in Kilkenny at NSBA Championships. 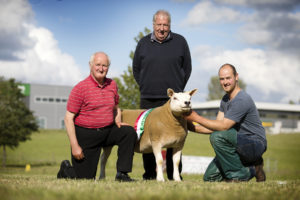 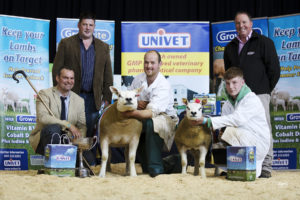 The leading lady was a Shearling Ewe from the father son duo of Arthur and Patrick O’Keeffe and shared with John Sherritt  , sired by  Scotsman Avicii and out of Glenside Valhalla dam. She was a clear stand out in the shearling ewe class where she took first in the biggest class on the day. But this was just the start for her, from here she then claimed the Female Champion, Overall Texel Champion and then finally she claimed the main award of the day by taking the Interbreed Championship of the Show. This demonstrates the quality of this ewe that she took the top spot under two judges on the day.

Next in line was another female after taking the reserve female and reserve overall, was the winner of the senior ewe lamb class hailing from Wexford was Thornville Ci Ci  owned by John Neville and John & Neil Kidd. She is sired by Rhaeadr Best of the Best and out Auldhouseburn Annabelle who herself is a Clinterty Yuga Khan daughter. 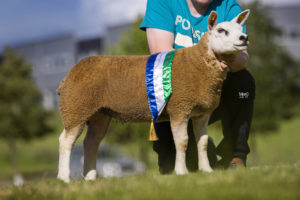 It was then on to the males with the Novice’s on the day coming out on top. Lanmore Texels started in style, with the All Ireland being the first time out for new breeder TJ Duffy. The journey from Mayo definitely paid off with TJ picking up first and second in both of the Novice Lamb classes. The ram lamb was first was TJ’s first  win of the day with Lanmore Coors Light who is by Strathbogie Yes Sir and out of another Clinterty Yuga Khan daughter which was bred by Tima, standing in close second was another of TJ’s sired by  Knockem Bently. This was not the end of the winning for these two lambs as they then went on to be placed first and second in the open ram lamb class. Furthermore, Lanmore Coors Light did not stop there he then went on take Male Champion on the day! 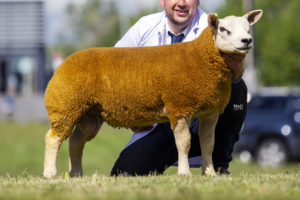 Next class up for TJ was the Novice Ewe lamb where his sisterly duo by Eden Valley Whizz kidd and out of a Clinterty Yuga Khan daughter took first and second in the class. 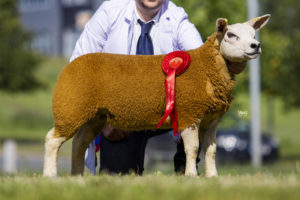 It was then back to Mayo for the Reserve Male Champion this time coming from the renowned Donnelly’s flock, this was claimed by the winner of the March Lamb class sired by Kanock Yazoo and out of Garngour Vintage daughter. This lamb is also a full brother to the Blessington Champion 2018 and he himself is destined for the 2019 Premier sale on the 9th and 10th August in Blessington. Anthony did the double with the Junior classes by also taking the 1st prize in the ewe lamb classes with another Yazoo. On this occasion she was out of a Knock Ursus who herself was Reserve All Champion in 2016. 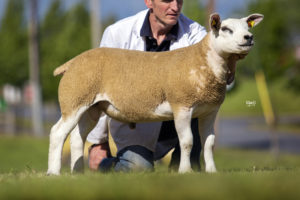 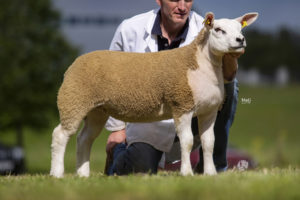 The shearling ram was won by another Yazoo son this one was Derrylahan Big Balls who proved a wise purchase in Blessington last year for the syndicate  of flocks Ryan’s, Alepat, Baileys & Ballybur Texels. 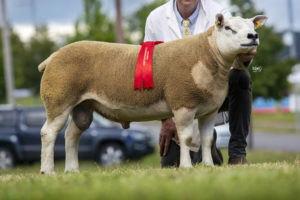 The aged ram class was won by father and son John & Neil Kidd with their homebred ram Treemore Al Pacino sired by Duncryne Unber Cool and out of Tophill Union Jack daughter. 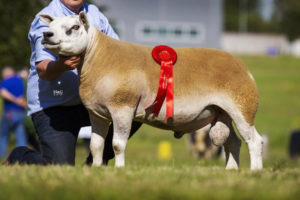 The aged class was won by Thomas Kenny with a Breahead ewe by Mullan Vivaldi and from a Glenside Ring A Ding ewe. 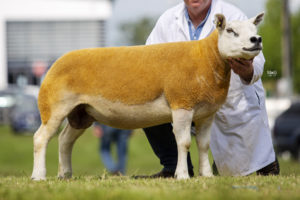 Our junior handler and the Gemma Doyle Memorial Cup was taken on the day by Co.Donegal breeder Gerard Sheils who we are sure is a breeder to be watched for the future. 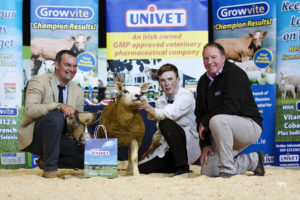 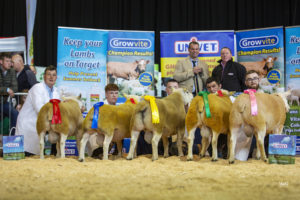 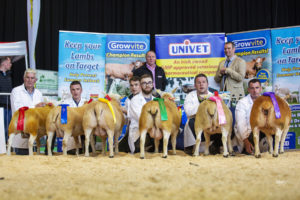 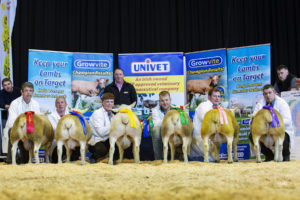 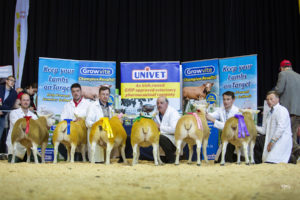 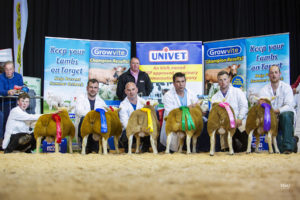 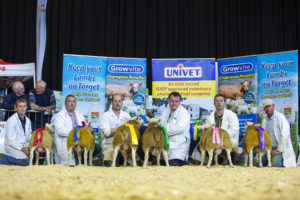 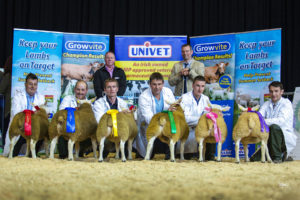 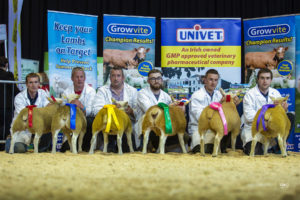 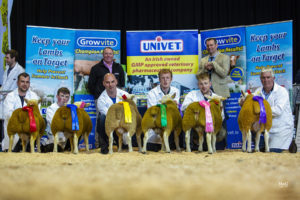 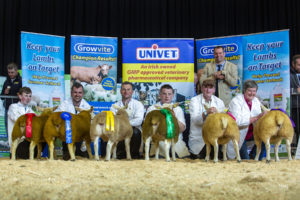