It was another dapper day for the O’Keeffe family in the recent National Championships in Clonmel.

Coming up top pick of the judge on the day John Greene of the renowned Larahirl Flock was the shearling Ewe from the O’Keeffe family. She was only on her second day out after recently coming reserve Champion in the All Ireland held recently.

First class of the day was the aged ram class coming out top here was John and Mary Gallagher with Kilcurley Dermod sired by the Blessington Topper Urris Crew. 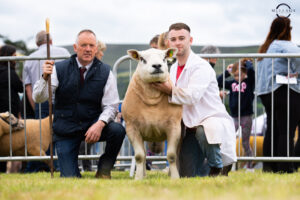 Next out was the Aged ewe class this again being lead by the O’Keeffe’s with a Duncryne Uber Cool daughter.

Next off the was the shearling ram class. Coming out top this time was the Ryan Flocks with Agricare Eminem who was purchased in the in Blessington Premier for €800! as noted by the Ryan flocks the value that can be got in Blessington! Not alone this they also remarked that he has bred exceptionally well with the average 100 day weight coming in at 43.16KG. He is a son of Hexel Born to Be Wild who is a son of the noted Lawn ewe sold to the Hexel flock! 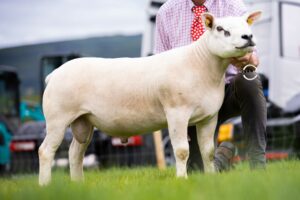 It was this then on to the Shearling Ewe Class that produced the champion for the O’Keeffes, a Midlcok Dapper daughter out of Ubercool mother. 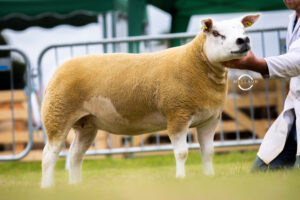 Coming second in this class was the Walker brothers, who will be the judges of the premier sale this year! As noted by some it will be shame she won’t be able to shown in the show in the Premier but she will be there to bid on.

Up next was the Senior Ram Lamb class that produced the Male Champion and Reserve Overall. He was turned out for his second show by Father and Son duo Pat and Barry Farrell. On his first outing he was the Texel Champion in Dundalk show. This much admired son of Rhaeadr Edge heads to Blessington Premier Sale on the 12th and 13th August! 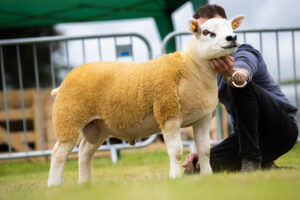 The next class that followed was the March ram lamb class. This was claimed by a stylish ram lamb by Martin Walsh’s purchase at Blessington last year Silver Hill Excursion, who incidentally is a son of the Blessington Champion 2020! This lamb did not stop there as he went on to claim Reserve Male Champion! He also heads to Blessington this year as a naturally born and reared lamb. 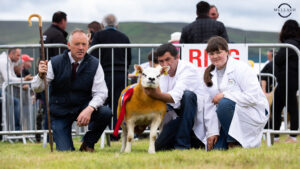 We then moved to the Snr ewe lamb class this time top place being claimed by the O’Keeffes with another dapper daughter! 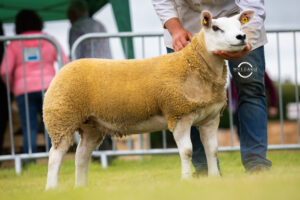 Next was the March Ewe lamb class with this class also producing the Reserve Female Champion for John Neville with Teiglum Eclipse daughter. This girl also heads to Blessington on the 12th. 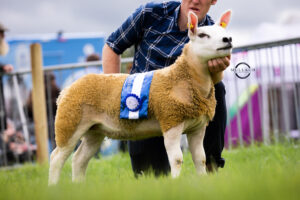 Next up were the Novice Classes where first time exhibitor at a National show John Redmond claimed both classes in Style with the ram class being a Silver Esctatic son purchased last year in Blessington and the ewe Lamb class being a Sportsman Cannonball daughter. 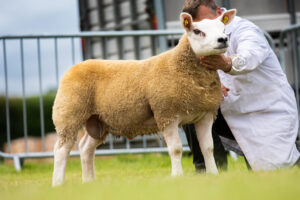 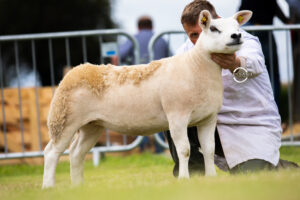 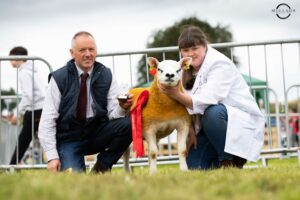