Growvite Texel All Ireland is a Dapper Day..

Dapper by name Dapper by nature when it came to the progeny of the much acclaimed Midlock Dapper at the recent Growvite Texel All Ireland, which was held at Finn Valley Show Co.Donegal on June 18th. At the end of an intensive judging schedule Mr.Adrian Liggett selected both the Female and Male champions from what transpired to be two Dapper shearlings. 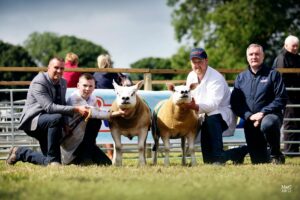 This year marked over 25 years of the sponsorship relationship of the Irish Texel Society from Univet/Growvite and it is a testament of their investment in the breed with many of the prize winners being turned out annually on Growvite.

The day was kicked off with the Aged Ram class. The top in this class was the social media famous Loosebeare Chief from a syndicate of flocks, who is flock of Stuart Doran and he is joint owned by Mark Noble, James Dunne and Michael Haverty.. This ram also carry’s double five stars in both terminal and replacement. 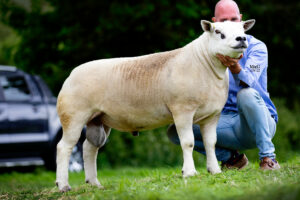 Next class of the day was the Aged Ewe. The top this time was claimed by Neville Myles of the Silverhill flock with a Mullan Armani daughter who also carry’s double five stars in both terminal and replacement. 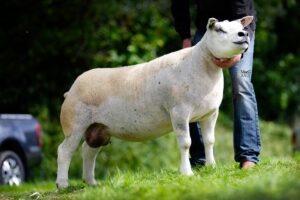 It was then onto the class that produced the Champion, the Shearling Ram Class. Coming out top in this class was Knockhill Eagle a Midlock Dapper son who proved a wise investment for the syndicate of Dwayne & Ger Shiels, T.J. Duffy, Ciaran Heraghty and John Stewart when they purchased him from John Redmond Co Carlow at the Society Premier Sale in Blessington last year for €8,500. After going forward to be being awarded the Male Champion and Overall Supreme Champion, the winning streak for Eagle hadn’t finished there as later in the day he also went on to be awarded the Interbreed Champion of Finn Valley show. 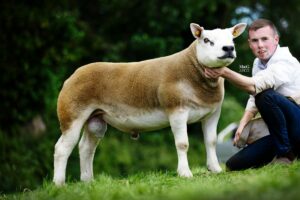 Adrian Ligget then moved to the Shearling Ewe where top spot was claimed by A&P O’Keeffe with this lady who was also very similarly bred to the Champion by also being a Dapper daughter out of Duncryne Ubercool Mother. She later went on to claim the Female Championship and the Reserve Overall Supreme Champion. The Texel breed was again dominant in the Interbreed as she took the Reserve Interbreed title of the show. 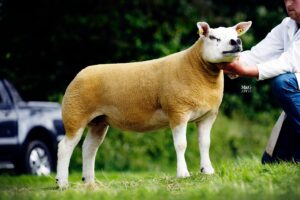 The next class on the day was the Senior Ram Lamb Class with the stop spot this time going to Donegal breeder Rodney McLoughlin with a strong ram lamb sired by Knock Eclipse. This powerful ram lamb later went on to be Reserve Male Champion. He heads to Blessington Premier Sale later this year. 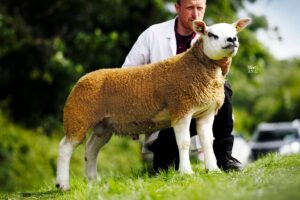 It was another Knock Eclipse lamb that took the top spot in the Junior ram lamb class exhibited by Roger Doherty, this lad also heads to Blessington later this year. 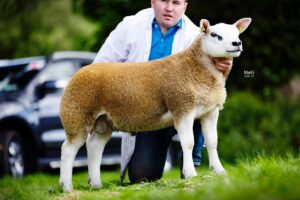 In the was in the Novice Ram Lamb Class that local Co.Donegal breeder Dan Bonner came out on top this time with a Hexel Diamond Joe son who is sure to be a lamb to look out for at Blessington Premier Sale. 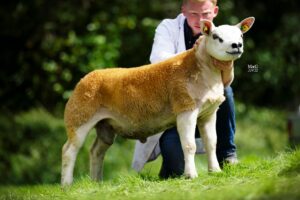 It was the Donegal Larahirl flock of John Greene that was awarded the red rosette in the Senior ewe lamb class. A stylish Sportmans Batman daughter that later went on to be Reserve Female Champion. 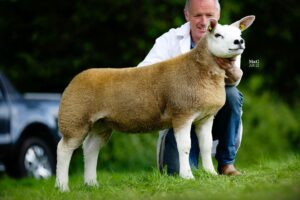 In the Junior ewe lamb class it again proved to be a very worthwhile journey for the O’ Keeffe duo who travelled the long road from Co.Cork. This time it was their ewe lamb sired yet again by Midlock Dapper that was put forward. 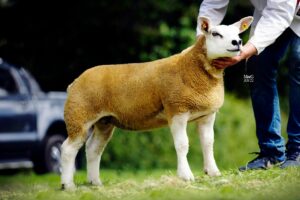 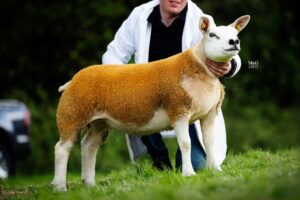 Moving to our Young Handler exhibitors which always proves a tough class to select from. Coming out top of this class was local Co.Donegal breeder Anna Boal who is no stranger to the breed. Anna is part of the Boal’s flock and is also a granddaughter of Ronnie Edwards who runs one of the longest established Texel flocks in the breed. Anna was awarded the Gemma Doyle Memorial Cup for 2022. 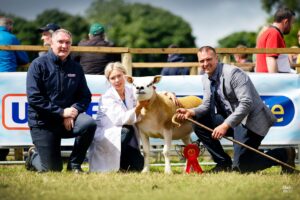