2019 proved again to be an extremely successful day for the North Connacht region at the All-Ireland’s held in Cillin Hill, Co Kilkenny.

Male champion on the day was won by TJ Duffy, Lanmore Texels, for his Novice Ram lamb, who later went on to also be named as Senior Ram lamb. Indeed, his other ram lamb was placed 2nd in the both the Novice and Senior ram lamb classes, a remarkable achievement for the new flock.

Reserve Male Champion also came to the region, as Anthony Donnelly’s Junior Ram lamb, a son of Knock Yazoo, was given the honours.

In the Junior ewe lamb class, Donnelly was also given first for his ewe lamb, a Knock Yazoo daughter. Daire & Enda McManamon were placed 2nd in that class with a lamb also bred from Knock Yazoo.

After this was the Shearling ewe class, where Jimmy Garrivan was given 2nd and 4th for his two powerful hoggets, SRY1801830 and GBE1802103.

One of the final classes of the day, the Novice Ewe lamb, saw TJ Duffy take 1st and 2nd with his sisterly duo by Eden Valley Whizz Kid.

This topped off a most successful and enjoyable day for the North Connacht region. Well done to all breeders involved.

At local shows in the region, at Louisburg Annual Show, the judge tapped forward TJ Duffy’s ewe lamb, as Champion Texel and then Overall Interbreed Champion.

The following month at Bonniconlon Show, after some extremely competitive classes, Dolores & Eileen McSharry went on to secure the Overall Texel Champion, with their hogget ewe, EXI1800585 sired by Teiglum Young Gun. Indeed, they had a most successful year on the show circuit, with the same hogget ewe also taking Overall Champion at the Sligo County Show.

At Swinford show later in the year, Michael Durcan, Bonniconlon, was awarded Texel Champion for his ewe lamb.

In Ballinrobe Show, where the 6th North Connacht Championships were held,  TJ Duffy was given Champion Texel for his ewe lamb TJG1900360, a stylish and well-admired daughter of Eden Valley Whizz Kid.

At the Premier Show and Sale in Blessington, TJ Duffy was placed 2nd in the Open ram lamb class, a Strathbogie Yes Sir son, later selling in the ring for €2400. Anthony Donnelly also had a good day in the ring, selling lambs for €2100 and €2000 respectively.

At the Society’s 2nd main sale, held in Carrick-on-Shannon, Champion Texel was awarded to Anthony Donnelly’s ram lamb, a son of Knock Yazoo. He later went on to sell for €2000.

At the Open Sale held in Raphoe, TJ Duffy had a great night, being named as Champion of the show with his lamb, Lanmore Cool Dude, a son of Knockem Bentley, before then going on to sell in the ring for €1500.

Local sales in the region were also well supported for the past year.

At Ballinrobe 1st Show and Sale, Anthony Donnelly was given Champion of the pre-sale show with his lamb, later selling in the ring for €730. Trade on the day was good, with a decent clearance rate, where the quality of stock on display was rewarded with plenty of eager bidders.

At Ballinrobe 2nd sale Ronan Gallagher’s ram lamb topped the sale to sell in the ring for €700.

Ballina sale also reported having a healthy demand and trade for lambs. This finished up a very successful year for the region’s sales.

The winner of the 2019 “Flock of the Year” was awarded to TJ Duffy and his Lanmore flock. This is a great achievement for any breeder at any stage, and is the culmination of a very successful year on the show circuit. However, given the fact that this is TJ’s first year with a newly-formed flock, makes the achievement all the more impressive. A man to watch out for! Well done to him.

Finally, we the North Connacht region of the Irish Texel Society would like to take this opportunity to thank all judges and inspectors in the region for the past year, and to wish all buyers and breeders every success in the coming year ahead. 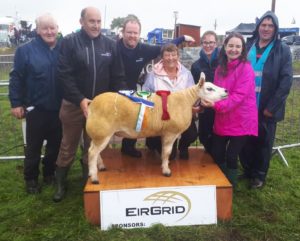 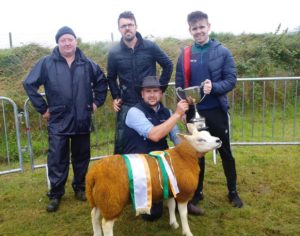 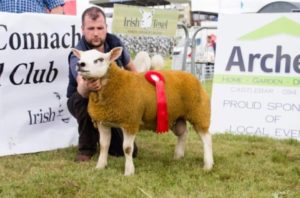 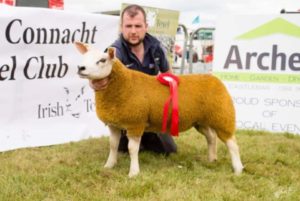 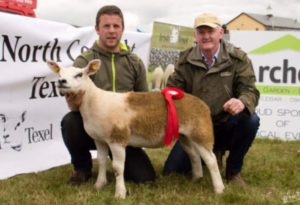 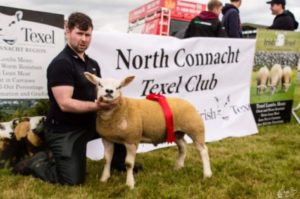 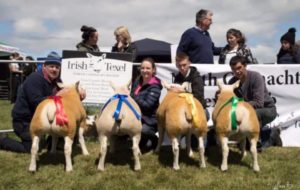 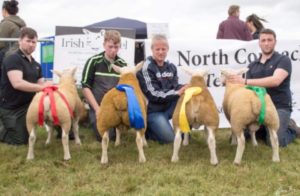 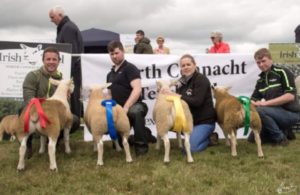 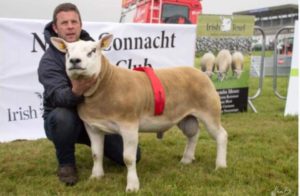 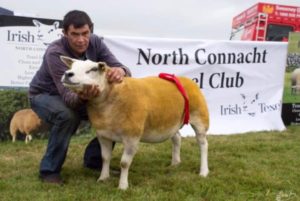 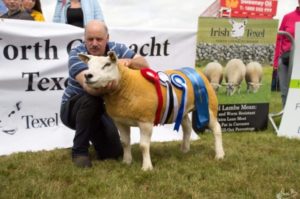 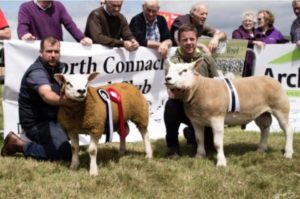 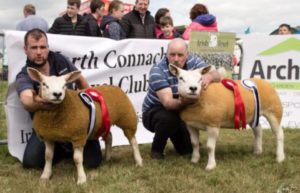 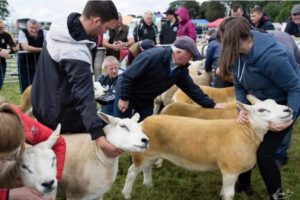 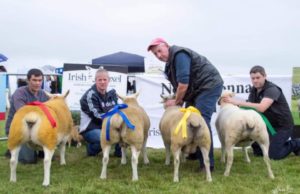 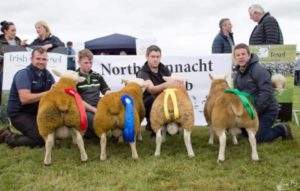 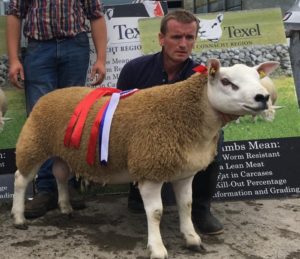 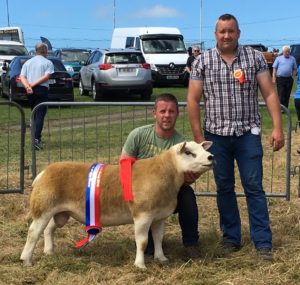 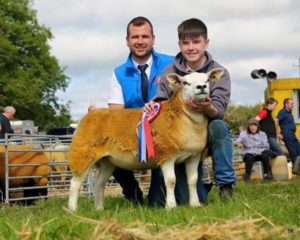 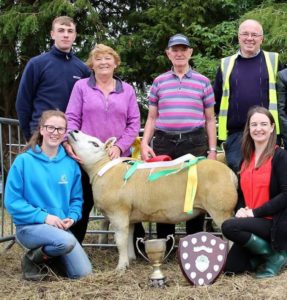